This project was a part of the Microsoft Imagine cup France 2014, and we received the first price !

Alkhemia is a top-view rogue-like experience in which the player controls an Alchemist. He or she explores poetic and hostile worlds to find ingredients for the elixir of life.
Through this game, we wished to express values about respecting the environment and sharing knowledge.

In January, we were selected for the National Final! And were given time to finish our project. Then in May, the finale took place, and we won!

That is where the project ended: all in all, it was a very instructive experience for me regarding game development, social media promotion and teamwork.

My tasks involved programming with Unity and game design, in a team of four students, during six months.
There were two other Game Designers, one of them being the Project Manager (Ryan Hervé) and the other a 2D Game Artist (Alex Caron). We also had another 2D Game Artist (Sophie Allgeyer).

The Tumblr of the game 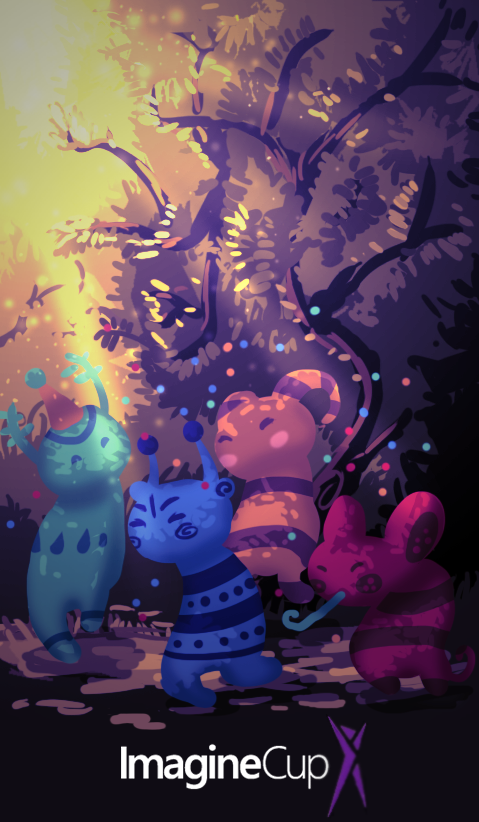